Mr. Miller's treatment of MacIntyre and capitalism merits a response, but there are so many things that need to be countered and clarified that I do not think I have time. First Things has not changed its basic economic beliefs, even though it may have a new editor?
MacIntyre on money
Posted by papabear at 3:58 PM No comments:

here
Posted by papabear at 1:30 AM No comments:

Archbishop Hilarion on Music and Faith 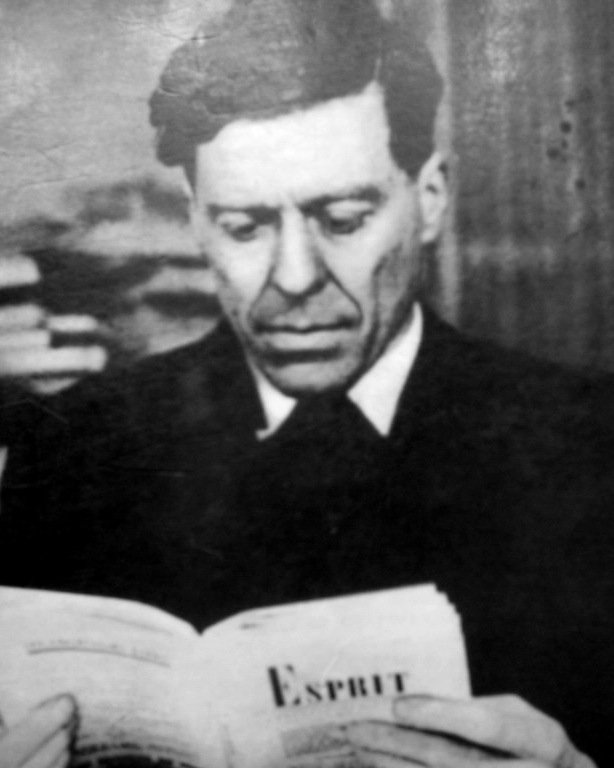 Roots of the Movement: Emmanuel Mounier and Personalism:


Personalism requires an affirmation of value, viz., the affirmation of the absolute value of the human person. We are not asserting that the human person is an absolute, although for a Christian believer the Absolute is indeed a person, and in strict terminology the spiritual does not exist except as personal. But we do assert that the human person as defined by us is an absolute in comparison with any other material or social reality and with any other human person. It can never be considered merely as part of a whole, whether of family, class, state, nation or even humanity. God himself, in the doctrines of Christianity, respects the liberty of the person, even while vivifying it from within. The whole theological mystery of free will and original sin is based on the dignity of free choice conferred on man. The Christian accepts it because he believes that man was in his very nature made according to the image of God, that he is called to perfect that image by an ever increasing participation in the supreme liberty of the children of God.


Any discussion of personalism must thus begin at the basic roots of all human existence. If our efforts were confined merely to a defence of man's public liberties or to any rights not further grounded, then our position would be weak indeed; for there would then be danger of defending only individual privileges.